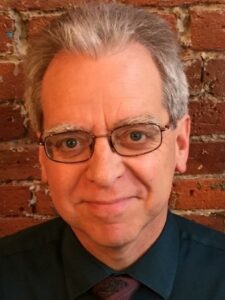 FAIA, Energy Conservation Advisor, Seattle Department of Construction and Inspections
Duane Jonlin is responsible for development of the Seattle Energy Code, and serves on the Energy Code Technical Advisory Group for the Washington State Building Code Council.  At the national level, he is a voting member of the ASHRAE 90.1 Committee and is Chair of the IECC Commercial Energy Code Consensus Committee for development of the 2024 IECC. Prior to taking his position at the City of Seattle, Duane was a principal at NBBJ, with 30 years’ experience designing complex projects as a technical architect. He is a featured speaker nationally on issues of energy efficiency and energy regulations, and in 2016 was elected to the American Institute of Architects College of Fellows.

PhD, PE, PM, & Fellow ASHRAE Don is Professor and Director of Graduate Studies in the Biosystems Engineering Department at the University of Kentucky. Professionally, Don has conducted and managed extensive research in energy usage in buildings and industrial facilities, solar energy, air infiltration and ventilation, building codes, and the analysis of climatological data for determination of design weather conditions. He has lectured in 20 countries with his teaching emphasis in solar PV systems design; indoor environmental control; industrial energy auditing; building energy modeling and analysis; decarbonization; and sustainable design. He was the ASHRAE Society President in 2002-2003 and initiated, and served as the leader for ten years of the Advanced Energy Design Guides. He has served as Director of the KY Industrial Assessment Center since 2014 and participated in over 80 energy assessments in industrial facilities. He was named Co-Chair of the ASHRAE Task Force for Building Decarbonization in the spring of 2021.  He was awarded a doctorate from Purdue University; and is a hiker, viticulturist, and a retired soccer referee. 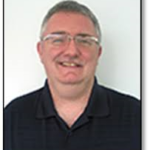 ASHRAE Distinguished Lecturer, PE, LEED AP Doug is currently an independent consultant, after having spent nearly 30 years in equipment sales for Carrier –a major manufacturer of HVAC equipment. Doug is a graduate of Ryerson University with a degree in Mechanical Engineering and is a licensed professional engineer in Ontario. He is also a LEED AP and has a certificate in sales development from Humber College. He has also completed the Carrier basic system design course and has taken advanced training in rooftops and splits, ahu’s, chillers, controls, and system selling. He qualified as a train the trainer with Carrier. Doug started in inside sales and has held additional roles as software coordinator, chiller and applied systems specialist, territory manager, branch sales manager,  regional commercial sales manager, and engineering sales manager. Doug joined ASHRAE in university and has participated in chapter, region, and society activities ever since. He is a past president of the Toronto chapter, CRC chair (twice), inaugural RVC for GGAC in Region II, served on the nominating committee for 6 years, and the conferences and expositions committee for 3 years and was the technical chair for the Chicago 2015 conference. Doug is a past DRC for Region II, and is a member of TC 9.1 Large Building AC, Cold Climate Design Guide TRG9, a member of the standards appeal board, finance committee, and is past Chair of Building EQ, and ARC for Region II. He is chair of the upcoming topical conference on Industrial ventilation in Toronto in June 2022, and is General Chair of the Annual ASHRAE society meeting in June 2022 celebrating Toronto chapter’s 100th anniversary. Doug is currently the Regional Representative for Region II, and is part of the Decarbonization Task Force Training and Education subcommittee. He holds the ASHRAE distinguished service award, the regional award of merit, and the chapter service award. He also serves on part 6 HVAC of the Ontario building code as technical advisory committee chair and is part of the stakeholder group for Ontario’s energy and water reporting and benchmarking. He was also part of the program advisory committee for Sheridan College. Doug has given many ASHRAE  presentations on Building EQ, Cold climate design, Public speaking, how to run a successful meeting, and given standards updates. He was a reviewer of the latest ASHRAE 3rd edition of Air Conditioning System Design Manual, and has also reviewed ASHRAE handbook chapters relative to TC 9.1. He is married to Cathy and they have one son Sean. An avid sports fan, Doug is a diehard Toronto Maple Leafs hockey supporter, and hopes to see them win another Stanley cup during his lifetime.

Join on your computer or mobile app

Please enter your username or email address. You will receive a link to create a new password via email.